A reflection on the history and future of the commons by farmer, permaculturist, and author Tao Orion.

I live in the southern Willamette Valley, ancestral land of the Kalapuya people. In my years in this valley, I have witnessed the clearcutting of ridges and valleys. This timberland is private land, and citizens have little say in how it is managed. However, the effects of this forest management extend far and wide into local ecosystems and economies. Streams warm, dry, and fill with sediment, choking the native fish who rely on cool, clear pools. Forest-related jobs, once celebrated as the cornerstone of the colonial economy, have nearly disappeared as well as lumber yields steadily decline after successive harvests.

In the 21st century, many take for granted that a handful of companies control millions upon millions of acres in Oregon. The history of these types of property relations is longer than the current timber economy—it has its roots in the centuries-long process of enclosure and expropriation of the commons that forms the basis of the modern capitalist economy.

The capitalist enterprise first gained traction in western Europe at the end of the 14th century. Prior to this shift, most land was held in manors and estates by relatively few elite people. The vast majority of the population lived on these lands as peasants and serfs, often in exchange for agricultural goods or crafts. They managed their own home gardens, and large portions of land were often managed as a commons from which any person could access important livelihood needs, including firewood, rivers for fishing, land for hunting and pasturing livestock, and building and craft materials. Commons-based management bolstered local and regional decision-making, celebration, and solidarity, as people came to intimately know how to live together on land and form community around its care. As this peasant class grew in population and power, they began challenging the authority of the manorial class.

The subsequent process of enclosure—privatization and prohibition from public use and stewardship of the commons—caused uprisings and revolts throughout western Europe until the 19th century. Access to land for livelihood became increasingly scarce during the 15th century and accelerated through the 19th century. Those without a land base flocked to cities in search of wage-based work. In Caliban and the Witch, historian Silvia Federici traces how enclosure and dispossession from land severed familial, social, and economic connections. Church and state consolidated to address these emerging challenges; police, jails, workhouses, and orphanages sprung up throughout Western Europe. Witch hunts swept through the region, and hundreds of thousands of people—mostly women—were executed for behaviors that did not conform with the social order prescribed by a ruling class interested in concentrating land, money, power, and control over the emerging wage-based workforce. As this social order took shape, newly created wealth financed colonial conquests in the Americas, Africa, Oceania, and beyond.

Wherever they went, European colonizers brought their worldview with them. It was informed by the brutal social and economic reality encoded over the past centuries. Their concept of private property and accumulation of wealth was engendered by capitalism’s unceasing appetite for human and natural “capital.” In A People’s History of the United States, historian Howard Zinn recounts:

. . . the frenzy in the early capitalist states of Europe for gold, for slaves, for products of the soil, to pay the bondholders and stockholders of the expeditions, to finance the monarchical bureaucracies rising in Western Europe, to spur the growth of the new money economy rising out of feudalism, to participate in what Karl Marx would later call “the primitive accumulation of capital.” These were the violent beginnings of an intricate system of technology, business, politics, and culture that would dominate the world for the next five centuries.

Colonizing interests in Africa, Australia, New Zealand, Polynesia, and the Americas forcefully seized lands that had been continuously inhabited and tended for millennia with diverse strategies of tenure and use rights, including commons-based management. As British interests set their sights on the vast resource wealth present in the rivers, forests, prairies, and wetlands of what would become the United States, it was the notion of private property that laid the framework for dispossessing Indigenous people from their land. John Winthrop, leader of the 1630 migration of English Puritans to what would become known as the Massachusetts Bay Colony, reasoned that Indigenous people had no legal rights to the land because their claim to it was based on a different type of land tenure than that practiced in Europe:

That which is common to all is proper to none. This savage people ruleth over many lands without title or property; for they enclose no ground, neither have they cattle to maintain it . . . And why may not Christians have liberty to go and dwell amongst them in their wastelands and woods . . . ? For God hath given to the sons of men a twofold right to the earth; there is a natural right and a civil right. The first right was natural when men held the earth in common, every man sowing and feeding where he pleased: Then, as men and cattle increased, they appropriated some parcels of ground by enclosing and peculiar manurance, and this in time got them a civil right.

Winthrop’s argument, which became the basis of dispossession of land throughout the nascent US and beyond, was that since Indigenous people held land in common, they had only a “natural” right to it, but not a “civil”—or legal—right. There were no obvious boundaries to people’s use of the land, he said, therefore it wasn’t being used in the “correct” way. But prior to English contact, Dutch, French, and other European explorers, travellers, and colonists had published maps and accounts noting established villages where distinct Indigenous tribes cultivated corn and other crops on a large scale; maintained hunting grounds, orchards, pastures; and constructed elaborate fishery catchments and weirs, among other developments in rivers and lagoons.

It was abundantly clear that the land was tended and productive, though not fenced and “owned” as it was in Europe (where the concept of “private property” was normalized only after centuries of dispossession, genocide, and uprising). Indigenous people had no titles to land and water resources printed on paper proclaiming personal ownership; their understanding was based on a different set of rules and values.

Four hundred years and countless enclosures later, Nobel Prize–winning economist Elinor Ostrom researched commons-based resource management systems in use throughout the world. She found that while they are not without their difficulties, each represents a unique set of ways in which people work together to ensure the longevity and health of the resource base that they all rely on for their livelihood needs. What Ostrom elucidated, and what practitioners of commons-based approaches to land management understand, is that what makes commons work isn’t the land itself, rather the process by which people with a stake in its vitality engage with it. As commons researchers David Bollier and Silke Helfrich note:

Commons are not things, resources, or goods; they are an organic fabric of social structures and processes. They may be focused on managing a certain resource—land, water, fisheries, information, or urban spaces—and those resources may have a strong influence on how governance structures and economic production occur. But excessive attention to the physical resources or knowledge that a commons relies upon can distract us from its beating heart: the consciousness of thinking, learning, and acting as a commoner.

Commons aren’t a free-for-all; historic and contemporary commons are notable for their definition of who, how, when, and why interaction with this land is deemed appropriate by the group of people most affected by its use.

Ostrom’s extensive research on the commons found eight general principles shared by practitioners throughout the world:

Thus the commons exist as structures of relationships among people who are committed to working together to manage shared spaces for meeting their own needs. They are by nature locally based, constantly adapting to changes inevitable in organic social-ecological systems.

And it is precisely these types of deep, enduring, and meaningful relationships between land and people that are needed to guide localized approaches to adapting to and mitigating the ongoing and intensifying effects of climate change. Interrogating the structures that govern the majority of modern land access, tenure, and stewardship systems reveals the ways that they have and continue to sever the kinds of relationships that people have consistently developed over time with the lands, waters, and non-human lives that nurture our lives. By finding creative ways to re-engage with these processes, we rekindle the possibility of livelihoods based in dynamic reciprocity with landscapes.

Here in western Oregon, that means building ponds in the uplands and check dams in the creeks, keeping them cool and shaded. It looks like engaging neighbors in discussions of best cross-boundary practices to promote and enhance habitat. Eventually, possibly, those artificial boundaries will fade into history as the erosion scars on steep clearcut hills are similarly mended—through careful and consistent stewardship aimed at promoting the richest, most biodiverse, and productive ecosystems. Framing the aim of our future commons with this fundamental vision will allow for a flourishing of such endeavors that will look and feel as different as the watersheds and ecosystems they represent.

This was adapted from “We All Live Downstream,” originally published in The New Farmer’s Almanac, Volume V: Grand Land Plan.

Tao Orion (she/her) is the author of Beyond the War on Invasive Species: A Permaculture Approach to Ecosystem Restoration (Chelsea Green Publishing, 2015), and “People as Purposeful and Conscientious Resource Stewards: Human Agency in a World Gone Wild” in Rethinking Wilderness and the Wild: Conflict, Conservation, and Co-Existence (Routledge, 2020). Tao consults on holistic farm, forest, and restoration planning through her company Resilience Permaculture Design, LLC. She holds a degree in agroecology and sustainable agriculture from UC Santa Cruz, and a MSc degree in Climate Change, Agriculture, and Food Security from the National University of Ireland. She lives with her husband, two children, and an array of fruits, vegetables, seeds, nuts, and animals on her southern Willamette Valley smallholding, Viriditas Farm. 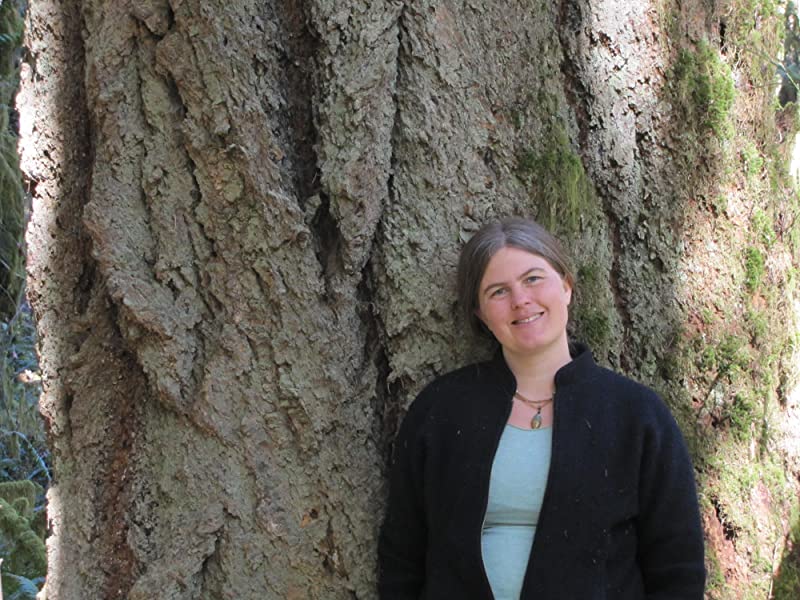 Post Author Tao Orion (she/her) is the author of Beyond the War on Invasive Species: A Permaculture Approach to Ecosystem Restoration, and Rethinking Wilderness and the Wild: Conflict, Conservation, and Co-Existence. Tao consults on holistic farm, forest, and restoration planning through her company Resilience Permaculture Design, LLC.