In September, I participated in a convening on land access alongside a group of 90 participants from 16 European countries in Chaussy, France and presented on our local Agrarian Commons model. The event was facilitated by Access to Land, a grassroots network of organizations that secures land for agroecological farming. Participants from across Europe attended the event to share, discuss, and explore legal tools and levers of action to defend access to land for peasant agroecology in Europe. Ten presentations, including the one by Agrarian Trust, shared knowledge, instructive examples, and valuable experienced-based learning. This content is available as a resource here.

Agrarian Trust is inspired and guided by the work of Terre de Liens, from our founding Principles to our framing the work through Our Land Symposium. Agrarian Trust is grateful for our ongoing collaboration and support from Terre de Liens. Across Europe, many organizations have also found inspiration and guidance in Terre de Liens because of their leadership in developing creative strategies for restoring the French land commons. Terre de Liens is a civic organization founded in 2003 that prioritizes both land preservation and access to farmland for organic and peasant farmers in France. Their work is guided by the principle that farmland should be preserved for organic food production and farming by peasant farmers.

Over the last two decades, community-centered farmland ownership models have created a widespread and diverse cultural movement centered on diversified small-scale food producing, soil building, and community engaged organic agriculture in Europe. It is a movement to address ownership, equity, tenure, and the use of farmland. A movement that prioritizes the next generation farmers, the stewardship of the earth, and the importance of small holding peasant agriculture. A movement aligned with La Via Campesina, engaged in European Union Agriculture and Land Policy, and centered on Peasant Rights. A movement that includes aspects of agroecology, human rights, food sovereignty, and land justice and builds upon the history of peasant agriculture’s strengths, at Larzac and elsewhere.

Agrarian Trust, founded in 2013, looks to the decade ahead with great hope that the local Agrarian Commons model can bring about community-focused farmland holding structures in the U.S. similar to those of Terre de Liens in France. Knowing the long and mixed history of the land trust movement in the U.S., both of conservation and community land trusts, and knowing the sobering realities that farmers face today makes clear that the U.S. is in need of a cultural transformation in how farmland is held.

The U.S. has decades of history in community land trust work and over a century of history in conservation land trust work. The last few decades have also seen increased attention on agriculture and locally-produced food with the expansion of community supported agriculture (CSA), farmers markets, and the food access work of many organizations and farms. Regenerative agriculture, soil health, and carbon sequestration are now also gaining attention. Unfortunately, our present realities make clear that all of this is making little positive impact on farmland ownership, equity, access and tenure, and use. In the U.S., 37 mid-size farms are closing each day. The majority of farmland is owned by non-farmers, while farmers, year-in and year-out, state that access and tenure are the primary obstacles to their operations and viability. If current farms are being lost and next generation farmers cannot access land, then our goals for agriculture, local food, and soil health will inevitably fall short.

Agrarian Trust believes that considerations around agricultural viability, land conservation, food access, and climate crisis mitigation must be built on a foundation rooted to the land. The identity of Agrarian Trust is defined by the core belief that land is a common resource and should be held as such. Our first founding principle acknowledges land as a commons, with other principles building upon and within such a structure.

Similar struggles and realities also align the work across Europe and in the U.S., as economic, industrial, and political forces burden land, communities, and small-scale agriculture. Consolidation and corporate interests are suffocating small farmers across the globe, and while much of Europe prohibits foreign land investment interests from owning farmland (land grabbing ownership), that policy alone is not enough to halt the financialization and commodification of land. It is still a constant struggle. The demographics of farmland owners and farmers such as an aging population of farmers and lack of diversity highlight an impending crisis we all share. Extractive investor interest, in the name of cheap and accessible food, consolidates, extracts from, and burdens land all while excluding small-scale agriculture. Who will hold equity and who will farm into the future?

Fortunately, innovative models and structures are creating multi-stakeholder coalitions engaged in all aspects of the food and agrarian systems across Europe. Collective farming and living communities are reimagining how people connect to the land and each other. Community investment models are realigning capital in important and transformative ways. Social structures that support food, housing, education, health, and pensions are expanding to invest in soils, steward the land, and ensure organic food production agriculture. Land reform is also called forward as a priority, and attention is focused on creating policies, regulations, and environmental laws to support this reform.

Land as a Commons is a priority of Terre de Liens, European Coordination Via Campesina (ECVC), Urgenci, Community Supported Agriculture around the world, IFOAM EU, Transnational Institute, TNI, Real Farming Trust, Eco Ruralis – asociația țăranilor și țărăncilor din România, and others that comprise the Access to Land grassroots efforts. Specifically, land as a commons means finding a better balance between the needs and capacities of landowners, farmers, and other users of the land.  The Access to Land grassroots approaches prioritize preservation of farmland for current and future generations, and ensure respect for the vital contribution of the land towards the quality of our water, soil, and ecosystems. Managing land as a commons also means directly engaging consumers, local communities, and other land users in the way farmland is used and managed, while also  respecting the needs of farmers.

Commons-based approaches to land and community resources are also shared among many non-Western cultures. Collective land stewardship (whether referred to with the term “commons” or not) has roots in indigenous cultures globally, including peasant agriculture in Europe. In Europe, through shared agricultural fields, grazing lands and forests accessible to peasants for growing food, collecting firewood, hunting, foraging and other activities, people were able to build local economies based on shared values and needs—in contrast to the vast tracts of land reserved for nobles and monarchs. Over a period of several hundred years, these lands were enclosed, and claimed as private property for private use.

In 2009, the late American political economist Elinor Ostrom won the Nobel Prize for analyzing places where the commons model continues to operate successfully. The grazing commons in the Swiss Alps is just one example of the centuries-old relationship to the land cultivated and passed down by generations of shepherds.

Traveling home across the southern icefields of Greenland I am witness to our changing planet and the climate crisis we face. I am reminded of my own hypocrisy in flying across the Atlantic contributing to carbon emissions in the name of supporting local agriculture. I am also reminded of the importance of transforming how we connect to land. The Agrarian Commons model must rise to the challenges of land ownership, stewardship, conservation, and tenure in ways that support the next generation of farmers and ranchers in regenerating our soils, ecosystems, and local communities.

The need for and growth of land commons models across Europe brings great hope as Agrarian Trust launches the local Agrarian Commons model across the U.S. Terre de Liens spent years raising the issue and developing their models and structures. They now have 19 community commons holding 177 farms that cover over 10,500 acres. During this time awareness and interest has developed. Other organizations are being created and expanded to prioritize and take on the work of land commons for small-scale agriculture. A resurgent cultural shift is underway that reflects a deep respect for land, how it is held, and who has access.

Terre de Liens started on their mission in 2003 and over the past 17 years has created an inspiring and impactful land trust movement in Europe. Agrarian Trust is now at the watershed moment of evolution and growth in our work engaging with land. Where will Agrarian Trust and the agrarian commons movement in the U.S. be in 2030, after 17 years? We know there are no quick fixes to these centuries-old struggles, but we believe that cultural change is a long-term strategy and will be at the foundation of any solutions.

The Intellectual Property Issues in Cultural Heritage (IPinCH) research project is an international collaboration of archaeologists, Indigenous organizations, lawyers, anthropologists, ethicists, policy makers, and others, working to explore and facilitate fair and equitable exchanges of knowledge relating to heritage. 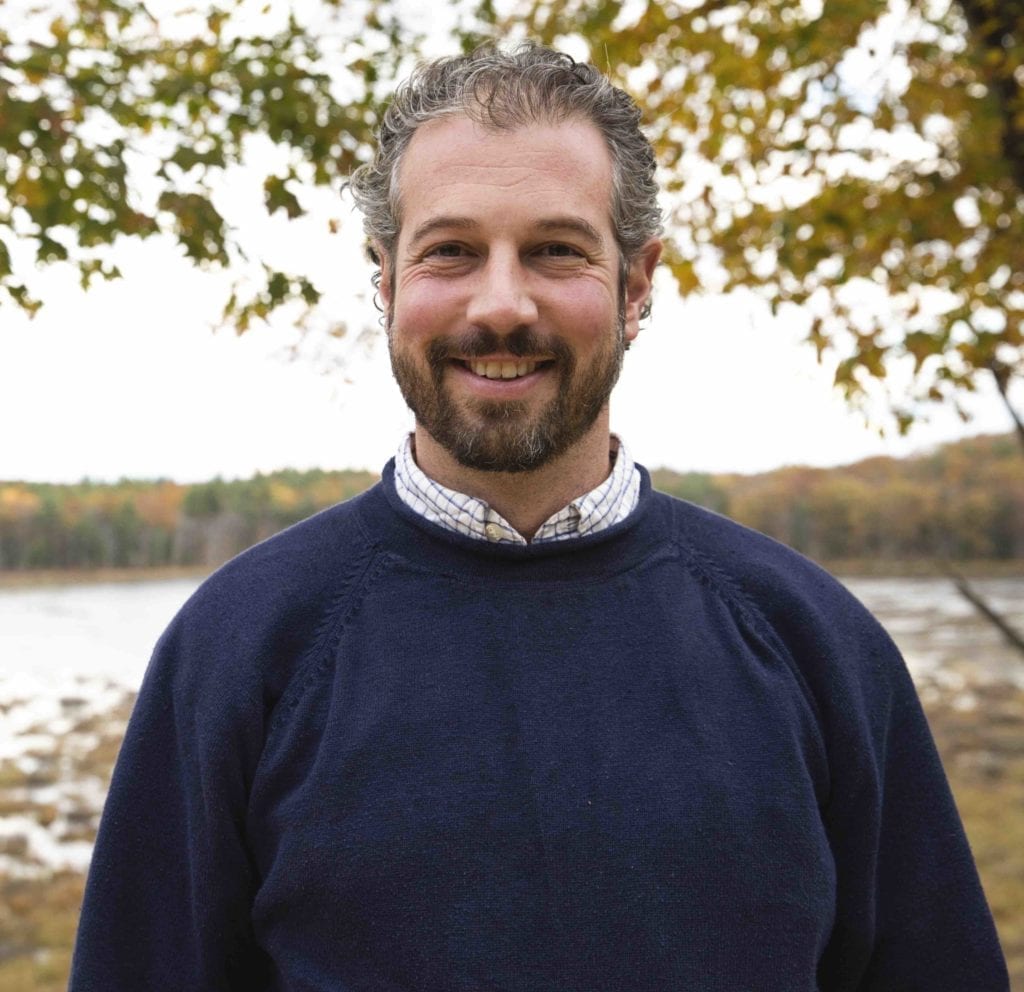