While securing land tenure is a challenge facing farmers of every race in this country, Agrarian Trust knows that land access is a greater barrier for farmers of color, and is centering the work of making affordable land security available to BIPOC (Black, Indigenous, People of Color) farmers. More than 98% of farmland in the U.S. is owned by white people while more than 70% of the farmworkers who seed, cultivate, weed, and harvest the crops that feed us are people of color. This gross injustice needs to change.

The two newest Agrarian Commons farmland projects are both happening in Virginia, a state steeped in past and present racism. Virginia’s agricultural economy and infrastructure were built by enslaved Black people, and it is currently one of the most agriculturally diverse states in the country. Both the Central Virginia Agrarian Commons and the Southwest Virginia Agrarian Commons are in the process of securing land for Black farmers who have and continue to do the hard and amazing work of growing food and feeding and building community.

The Central Virginia Agrarian Commons, based in Richmond, centers BIPOC control of land for building resilient community food systems. This Agrarian Commons is unique for its vision of the interdependence of rural and urban communities, and has the common challenge of needing to build homes and farm infrastructure on raw land.

The rural aspect of the Central Virginia Agrarian Commons is an amazing story of justice and transformation tied to land with a donation of inherited farmland seeding the commons. This act of generosity comes out of the understanding that generational wealth has been a privilege afforded to some while not to others, and is a step towards reparative justice.

When discussing why she is choosing to donate her farmland to the Central Virginia Agrarian Commons, Callie Walker said, “It seems to me that the very most important thing I have to offer my community in years ahead is to support a collective of food growers. My most long-standing priority, though, goes back to growing up in school here in Amelia County, and that one is to work on bridging the gap between black and white.”

The urban aspect of this commons is important because “there are so many people of color who live there without resources and transportation,” said Duron Chavis.  Chavis, a farmer of the Central Virginia Agrarian Commons, has been developing community gardens, urban farms, orchards, and vineyards in the Richmond area for over a decade, and works to coordinate and organize innovative and culturally relevant initiatives around urban agriculture and local food systems. The work Chavis does is crucial to food sovereignty and the health of his community and environment. His garden and farm projects have had to pause, move, and start over and over again due to a lack of land security.

“Urban farming space is central to building food justice. Lack of land tenure has been a real challenge though. So much of farming is just getting everything right so we can grow things – soil, infrastructure, etc. – but urban farming is particularly hard because of development pressure,” said Chavis.

Development pressure is also high in Roanoke, the site of the other Commons in Virginia. In the Southwest Virginia Agrarian Commons, Cam Terry of Garden Variety Harvests is a Black vegetable grower who has been supplying multiple restaurants and farmers’ markets with fresh, organically-grown vegetables each week using only his neighbors’ lawns and other various borrowed and leased land throughout the city. Although Terry has been able to achieve so much with this model, it is not ideal for many reasons. Without a centralized farm, Terry’s operation requires a lot of driving around to tend to his many gardens, and the lack of long-term security makes it difficult to plan things like crop rotations to meet market needs.

“The hope has always been to get to the point where we can responsibly find a piece of land that we can run the entire farm on without incurring a mountain of debt that we have to figure out how to climb out from under,” said Terry. “I don’t think small farmers should be on the hook for mountains of debt to be able to feed their communities. The Commons model offers a way where everybody can be invested in the success of a small farm business.”

Agrarian Trust was born from a recognition that the future of farming depends on equitable land access. In creating an alternative to private ownership and the commodification of land, the Agrarian Commons model addresses land access, tenure, and equity for all farmers. Because the model is a direct response to the dispossession caused by extraction, consolidation, and speculation, it is especially well suited to support land access for those who have experienced the most violent and persistent forms of dispossession: farmers of color. 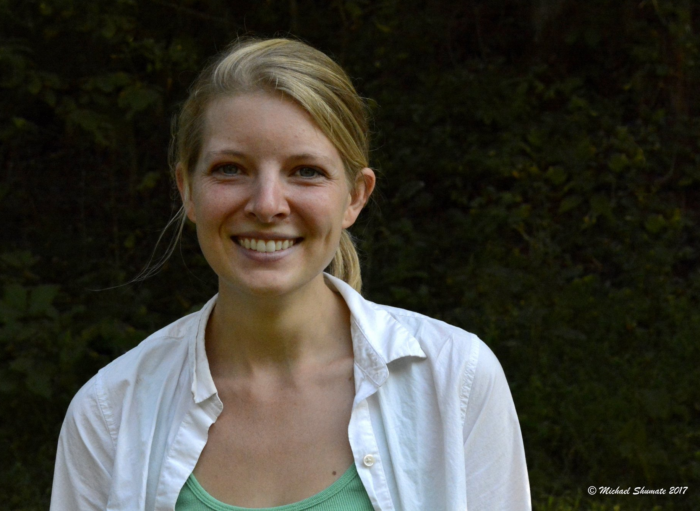 Post Author Kristina Villa is a farmer, communicator, and community coordinator who believes that our connection to the soil is directly related to the health of our bodies, economy, and society. Kristina enjoys using her skill sets to help inspire change in human habits and mindsets, causing the food system, climate, and overall well-being of the world to improve.