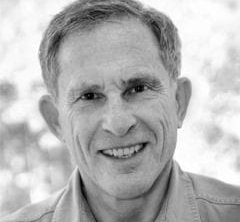 Peter Barnes is an entrepreneur and writer who has co-founded and led several successful businesses and written numerous articles and books about capitalism, the commons and other topics. His latest book, With Liberty and Dividends for All: How to Save Our Middle Class When Jobs Don’t Pay Enough, proposes universal dividends from shared wealth as a practical solution to economic inequality. Barnes grew up in New York City and earned a B.A. in history from Harvard and an M.A. in government from Georgetown. He was a Washington correspondent for Newsweek and west coast correspondent for The New Republic. In 1976 he co-founded a worker-owned solar energy company in San Francisco, and in 1983 he co-founded Working Assets (now Credo). In 1995 he was named Socially Responsible Entrepreneur of the Year for Northern California. He has served on numerous boards of directors, including the National Cooperative Bank, the California Solar Industry Association, Businesses for Social Responsibility, the Rainbow Workers Cooperative, Redefining Progress, Greenpeace International and the Center for Economic and Policy Research. His books include Pawns: The Plight of the Citizen-Soldier, The People’s Land, Who Owns the Sky? and Capitalism 3.0. His articles have appeared in The Economist, the New York Times, the Washington Post, the American Prospect, the Utne Reader, Yes! and elsewhere. In 1997 he founded the Mesa Refuge, a writers’ retreat in northern California.