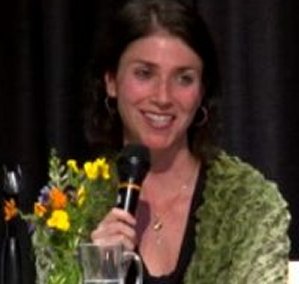 Rebecca is the West Coast Director at the Center for Food Safety. Spector has been working in the environmental and agricultural sector for more than 20 years, with expertise in policy development, grassroots campaigns, fundraising, and organic farming. She joined Center for Food Safety in 2000, and as West Coast Director champions policy initiatives at the state and federal level and coordinates public outreach campaigns to promote healthy, safe and sustainable food systems. Her experience includes establishing regulations to limit the production of genetically engineered (GE) fish in California, and writing and sponsoring numerous legislative initiatives including state bills to require labeling of GE foods, labeling of GE fish, labeling of food from cloned animals, and farmer protections from GMO contamination. Previously, she served as director of development at Green Seal, the first U.S. product eco-labeling organization, and at Mothers & Others for a Livable Planet she spearheaded its organic cotton marketing campaign.

Spector is associate editor of Fatal Harvest: The Tragedy of Industrial Agriculture and Your Right to Know: Genetic Engineering and the Secret Changes in Your Food. She has authored numerous articles and essays including “Livestock Cloning and the Quest for Industrial Perfection” in CAFO: The Tragedy of Industrial Animal Factories and “Fully Integrated Food Systems: Regaining Connections between Farmers and Consumers” in Fatal Harvest. For ten years, Spector was co-owner of the first certified organic farm in Half Moon Bay, California, and created its community supported agriculture (CSA) and farmers’ market programs that served hundreds of families in the Bay Area. She holds an M.S. in Environmental Policy from the University of Michigan’s School of Natural Resources and Environment.